This is my sixth year in the financial Inclusion Industry, and I have to confess, Uganda is where I encounter real financial inclusion. I would tell you why.

Despite the huge number of MFIs, the people that really need the services are not adequately reached. For example, the major players in the Industry do not have branches in remote areas. Major Players in the industry like FINCA MFB, AB MFB, LETSHEGO, ADVANS LAFAYETTE, FORTIS, MICROCRED(NOW BAOBAB), ACCION MFB, with exception to LAPO MFB, only have branches in the major cities.  Most of their customers are those who are already being served by commercial banks. The only thing they cannot get from the conventional banks is credit service. They seem to be more interested in making profit than creating social impact. They do not have branches in villages. LAPO has few branches in some villages, but not in very remote areas. Do not get me wrong, MFIs in Nigeria are making good impact, with over 200 billion naira outstanding in loans, yet I only believe there are still more people to be reached, especially those in very remote areas.

It is an entirely different case in Uganda, major players in the industry like FINCA MFB, Ugafode, Hofokam, Pride Microfinance Bank, Brac MFB, Yako and Efc have branches in the Most Remote areas in Uganda. I was shocked when I saw various branches of these MFIs in very remotes areas like Kamwenge, Katerera, Lypa, Nthugamo, and Bushenyi. FINCA for example has 27 branches distributed all over Uganda.

They are able to reach the “real” under banked. These target market has no other choice of getting financial services from any other provider. This is real financial Inclusion.

The way financial service is regulated in Uganda also makes it easy for the MFIs to make impact.

In Nigeria for example, the number of branches MFBs can operate are restricted based on their core capital base. For a capital base equal to 20m NGN but less than 100m NGN (approximately 54,000 dollars, less than 274,000 USD), you can only operate a unit branch. With a core capital base of 100m NGN, but less than 1 billion NGN (approximately 274,000 but less than 2.7m USD), you can only operate branches within a state. An MFI must have a capital base of at least 1 billion naira (2.7m USD) to be a national MFB that can operate branches in any part of the country. In addition a new MFI cannot start with a national license no matter how big its capital base is, it must first secure a state license, operate for few years, establish at least five branches and then apply for a national license. I believe this regulation makes it harder for MFIs in Nigeria to reach the socially and economically marginalized. This target clientele are usually dispersed nationwide. MFBs in Nigeria are forced to station their branches in the city centers.

Contrarily, in Uganda, there is no restriction to the number of branches you can operate regardless of your capital base. The restriction is rather placed on the type of banking activities you are entitled to carry out and more emphasis is laid on the capital adequacy ratio, considering the risk weighted asset.

For example, to operate as a Micro Finance Deposit Taking Institutions (MDIs) in Uganda, a capital base of at least 500m UGX (about 132,000 USD) is required. And with this Tier 3 license, you can operate deposit taking branches all over the country. There are only 5 MDIs in Uganda, namely: Finca, Yako, Efc Uganda, Pride and Ugafode. In addition, those financial institutions that cannot afford the required 500M UGX capital base are classified as Tier 4, regulated by Uganda Microfinance Regulatory agency ( UMRA). Even with the Tier 4 license, you can operate as many branches as you like, and make huge social and economic impact throughout the nation. In fact, the many of the major players in the industry operates with this license. MFIs like Brac, Letshego, Hofokam etc.

In conclusion, although, there are factors like the population, the land mass and the culture that make it easier for MFIs in Uganda to make more impact than those operating in Nigeria. I mean, Nigeria population (200 million) is more than 5 five times that of Uganda (35 million). Yet, I believe there is a lot we (Nigeria) can learn from Uganda, in terms of regulations and operations. 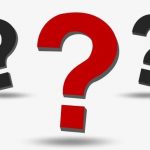 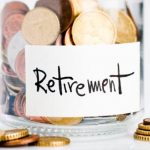