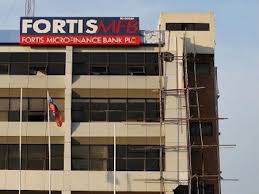 With the liquidation of Fortis Microfinance Bank and its branches nationwide by The Nigeria Deposit Insurance Corporation (NDIC), the microfinance industry has again received another blow from one of its prized institution.

The loans in the hands of its various customer might not likely be repaid while the depositors no matter how much they have in their various account are only  entitled to N200,000, for those that have more than that.

The Nigeria Deposit Insurance Corporation (NDIC), the official Liquidator of Fortis Microfinance Bank whose license was recently revoked, has concluded arrangement to close the bank and its branches and pay the insured Depositors. We are therefore calling all depositors of the bank to visit the bank’s branches and meet NDIC officials for the verification of their claims, commencing from Monday, 4th February, 2019 till Friday, 8th February, 2019

The official liquidation was announced on February 3, 2019, through the office of the corporation’s Director, Claims Resolution Department. In the press release, NDIC also assured payment to the insured depositors.

I’m not being pessimistic, more giants microfinance banks would soon follow suit unless some drastic measures are taken to avert further revocations.

While verification of claims has commenced, my heartfelt sympathy goes out to those the revocation would affect most. 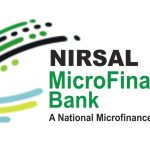