The Central bank of Nigeria recently ordered an astronomical increase in the minimum capital base of MFBs in Nigeria. The minimum capital requirement of the unit MFBs from NGN 20m to NGN 200M, while that of state MFBs has been increased to NGN 1B from NGN 100 M. The minimum required minimum capital to establish a national MFB which is formerly NGN 2B is now NGN 5B. This new regulation is effective immediately for new MFIs while existing MFIs have until April, 1st, 2020 to regularize. This is done to strengthen the financial sustainability of microfinance banks.

While I agree this new regulation is necessary, I also believe this sector needs more than a recapitalization, what it actually needs is complete restructuring.

There are more than 1,000 MFBs in Nigeria, about 7 national MFBs and more than 120 state MFBs, meaning there are more than 900 units MFBs. There are also more than 500 non-bank MFIs. Despite the fact that unit MFBs constitute more than 90% of the market, all of them combined control less than 10% of the market share. The top 10 MFBs control more than 60% of the market share. This is an obvious competitive oligopoly, which is not good for the market. In a competitive oligopoly market, prices of goods and services are not determined by competition. In many cases, the prices are fixed which translates to high profit for the major players, but very bad for the consumers. This is the major reason why microfinance lending rates are stubbornly high over the years.

The Unit MFBs are obviously not equipped with sufficient financial strength to compete in the market. A lot of unit MFBs are redundant. A lot of them are not even rendering the services they are licensed for.

I know of a Unit Mfb that only finance LPO, they finance up to the tune of NGN 100m while their capital base is less than NGN 50m. I also know many MFBs that only finance personal loans: only pay day loans. This is inevitable when the market is flooded with “all kinds”. It is also obvious, CBN is finding it difficult to regulate this important industry. From the above, it is apparent the industry needs more than a recapitalization, restructuring is necessary.

I would discuss below some interesting regulations around the world:

In Uganda, there is no restriction to the number of branches you can operate regardless of your capital base. The restriction is rather placed on the type of banking activities you are entitled to carry out and more emphasis is laid on the capital adequacy ratio, considering the risk-weighted asset.

For example, to operate as a Microfinance Deposit-Taking Institutions (MDIs) in

with this Tier 3 license, you can operate deposit-taking branches all over the

and Ugafode. In addition, those financial institutions that cannot afford the required

500M UGX capital base is classified as Tier 4, regulated by Uganda Microfinance

Regulatory agency ( UMRA). Even with the Tier 4 license, you can operate as many

branches as you like, and make a huge social and economic impact throughout the

nation. In fact, many of the major players in the industry operate with this

There are two types of microfinance license in Kenya, although there is a plan to unify the two licenses to just one:

The community base license allows you to operate branches and cash centers within a specified country, district or city.

The community base license allows you to operate branches and cash centers anywhere within the county (subject to written approval from CBK).

Same as Uganda, there is no restriction to the number of branches you can operate regardless of your capital base. The restriction is rather placed on the type of banking activities you are entitled to carry out and more emphasis is laid on the capital adequacy ratio, considering the risk-weighted asset.

There are two types of microfinance license in Ghana: Tier 2 and Tier 3 license and FNGO(Financial profit-making NGO) license

There is no restriction on the number of branches you can operate regardless of your capital base. The restriction is rather placed on the type of banking activities you are entitled to carry out and more emphasis is laid on the capital adequacy ratio, considering the risk-weighted asset.

There is only microfinance license in India, and the minimum capital requirement is 20m Indian rupee ( NGN 103m).

Based on the working regulatory models above (Uganda, Kenya, India, and Ghana are one of the frontrunners when talking about financial inclusion. Microfinance has seen huge success in these selected countries). None of these countries issues a unit license.

What impact can a microfinance bank make with just a single branch?

Microfinance is a business of numbers; 1m naira loan given to 10 clients would have more impact than the same amount given to just one person.

With the new capital requirement of 200m, it does not make sense for any investor to put 200m in a unit MFB when you can establish a non-bank financial service company that is allowed to operate branches across the nation. I also have a strong belief that the numerous number of unit MFBs is making it difficult for CBN to regulate this important industry. If the three licenses cannot be unified to one, we can limit it to just state and national license. This development would see a lot of mergers and acquisitions. Unit MFBs would merge to form a bigger MFBs that have the financial prowess to compete in the market. This in time would result in a perfectly competitive market, which can consequently impact lending prices. This would also improve the public confidence in MFBs, as there would be no “small” MFBs anymore.

The establishment of this body would ensure all other Non-bank MFIs are also well regulated. 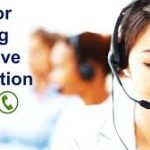 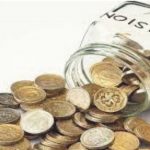