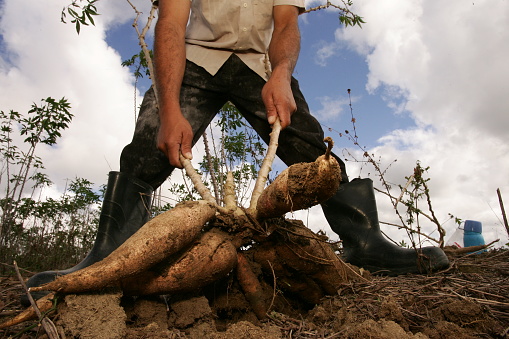 It is quite obvious people are unaware of the untold hidden wealth in cassava farming. With the increasingly diverse use of cassava products in Nigeria and globally. The is true because it is more lucrative than other aspect of agriculture that are receiving attention every passing day. This farm product has always been a source of livelihood and food for millions of Nigerians and sizable population of Africa sub-Sahara dwellers. Research shows that 90% of Nigerian households consume cassava products daily in different forms of preparation and delicacies. Some of the popular meals made out of cassava are: garri, cassava flour, akpu, starch, animal feed, commercial caramel, alcohol and a lot more.

As the population of Nigeria and Africa as a whole continues to grow, the demand for cassava products will no doubt continue to skyrocket and as well grow astronomically leading to higher revenues generation by cassava farmers.

Cassava farming is one of the easiest agricultural field that can be easily venture into. All it needs is a small portion of land and little finance is what is needed to start, cassava stems can be sourced for.

The success and growth in demand for cassava chips and pellets, and cassava starch in non-producing countries suggests that demand opportunities for cassava could be equal or greater in cassava producing countries. Much of this demand opportunity exists because there are new and growing industries that could use cassava and its by-products in foreign transaction thus leading to import substitution opportunities. Many countries of the world without fertile land to plant and cultivate cassava are now relying on countries and individuals that do so which invariably make cassava farmers ‘hot cake’ because demand for the product will never stop to  exist.

Half a billion people in Africa eat cassava every day. Cassava is drought-resistant and can grow on poor soils, making it more adaptable to a changing climate than maize and other thirsty cereals.

On 17 December 2020, Nigeria’s National Release Committee approved five new cassava varieties. They are the result of a close collaboration between the National Root Crops Research Institute (NRCRI) and the International Institute of Tropical Agriculture (IITA), using advanced prediction-based techniques like genomics-assisted breeding. This is an important research outcome, showing that the implementation of genomic selection and genotyping of breeding lines, accelerated the breeding cycle and resulted in the release of improved varieties. These are the first cassava farming produce varieties released using genomics-assisted breeding. This work was part of the Next Generation Cassava Breeding Project, led by Cornell University and whose goal is to empower farmers through innovative, sustainable cassava breeding.

All five varieties (Game-Changer, Hope, Obasanjo-2, Baba-70, and Poundable) are high-yielding and resistant to viral diseases. Poundable is the first sweet variety of cassava released in Nigeria. It can be boiled and eaten without elaborate processing.

Cassava has a relatively long growth cycle compared to other important crops. It takes an average of 10-12 months sometimes up to 24 months for farmers to harvest the roots; maize, rice, and potato’s growth cycles span less than a third of that.

To start large scale cassava farming in Nigeria, one would need at least 30 to 100 Acres of a very fertile farmland in a very good location that is accessible. With as-little-as Five Hundred Thousand Naira Only (N500,000) anyone can start.

A ton of cassava can be sold for N25,000 – N35,000. It sometimes goes up to N50,000 at the beginning of the year. This increase during this period is due to the cost of farming and would be lesser if cassava farming processing machines are utilized more by farmers.

Most successful people in the world are entrepreneurs. The trade is gender friendly and anyone can venture into. It is advisable that futuristic and industrious individuals most especially youths to venture into cassava farming.

If you’re looking for an agricultural business that would ensure you always almost sell out all your harvests, cassava farming is one great farming business to start. 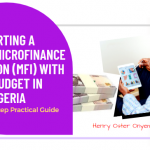